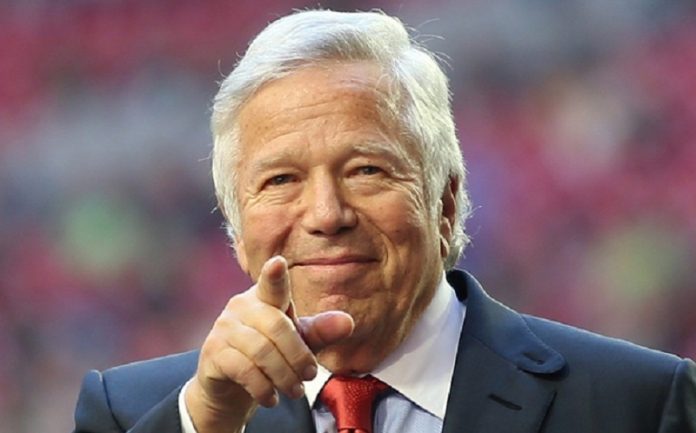 Sports Business Journal recently released a list of who they found to be the most successful and influential team owners in sports. The list included individuals like Jerry Jones, who owns the Dallas Cowboys, and Michael Jordan, who owns the Charlotte Hornets. The Red Sox principal owner John Henry was also on the list. But at the very top was one Robert Kraft.

According to the article in Sports Business Journal, Kraft “has been out front in efforts to sell a stake in NFL Media … and a critical conduit to Fanatics founder Michael Rubin and a host of celebrity and business VIPs.” This was in reference to Kraft’s amazing feat for the NFL this spring. He was able to secure $110 billion in media rights deals.

Everything You Need to Know about Robert Kraft: Rise to Success

Robert Kraft was born in Brookline, Massachusetts and attended public school for the duration of his adolescence. Before he graduated in 1959, he was voted president of his senior class. He went on after high school to get an academic scholarship to attend Columbia University. There, he got his degree before moving on to Harvard Business School. Kraft graduated with a business administration master’s degree and then began working right away.

In 1965, he worked for the Rand-Whitney Group, a packaging company that his father-in-law owned. He later would start a company of his own named Forest Products.

From “Papers” to Riches

One dream that Kraft always had growing up was to own a football team. He had been a fan of football and sports in general since he was young, and in fact, he had once worked at Boston Stadium. This was where the Braves played in the 1950s. Not knowing that he would one day own a stadium and football team of his own, Kraft actually worked right outside of Boston Stadium selling newspapers.

When he got older and became a successful businessman, Kraft decided to make a shift and take over ownership of the New England Patriots in 1994. On January 21 of that year, he pledged that he would bring New England a championship as the new owner of the Patriots. At that time, the team was extremely unsuccessful.

But Kraft would change all that. Although the team had won a dismal 19 out of 80 games over the five years before Kraft took over, they were able to advance as far as the playoffs in the same year that Kraft bought them. In the third season that Kraft owned the team, the Patriots actually went to the Super Bowl. And from 1994 to 2020, 331 games were won by the Patriots — an unheard-of number. Along with Tom Brady, Robert Kraft built up the New England Patriots and made them one of the most successful football teams in history.

Robert Kraft and the Kraft Group have several projects in the works including the construction of a new stadium for the New England Revolution soccer team. The Kraft Group is also in the midst of a $225 million renovation of the Gillette Stadium in hopes of winning a bid to host the 2026 World Cup.

Influencer Marketing Trends You Need to Check Out!

What are listed options?

Where Are CNC Machines Used?

4 Reasons Why Having Group Health Insurance Is Good for You?

4 Simple Reasons Why Backlinks Are Important in SEO