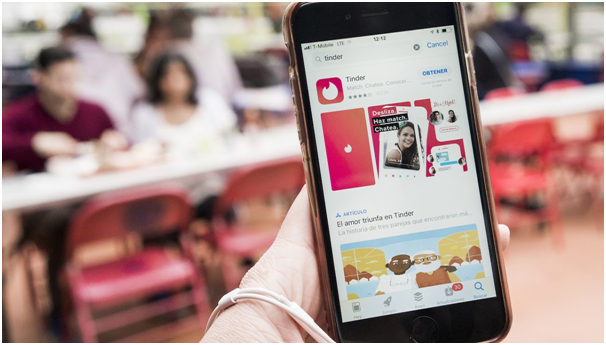 Like most apps, Tinder has always offered a premium version and a basic version. Users can pay extra to access the premium features such as “Super Likes” or “Boosts” or they can earn the right to use these features by regularly updating their profile and using the app as much as possible.

But now Tinder has announced the roll-out of a new currency to be used within the app.

“Tinder Coins” are being tested out on the Australian market first and Tinder’s Chief Financial Officer Gary Sidler talked the idea up to Bloomberg, maintaining that, “virtual currency is useful in the context of gifting digital goods”.

The feature was tested earlier this year and users were found to be “keen”.

It certainly sounds innocent enough. But what are these digital goods going to consist of?

And why would someone looking for love (or a hook-up) feel the need to pay another user anything – even if it were with digital goods? Note Sidlerdoesn’t say “virtual goods” but “digital” goods.

There’s a big difference between the two – virtual goods aren’t real in the sense that they’re not physical objects and are intangible by definition. But Digital goods can include anything from a downloadable document, to movies, music or Cryptocurrency.

That potentially opens up a pretty questionablemarket, especially on a dating app! But users and non-users alike should remember that Tinder is no stranger to questionable decisions.

After all, Tinder’s one-time CEO Sean Rad was for a while at least, a figure of fun for his unbelievably off-color comments regarding his liking for intelligent women during an interview with The Evening Standard where he was quoted as saying, “Apparently, there’s a term for people who get turned on by intellectual stuff. What’s the word? I want to say sodomy.”

It’s safe to say that Rad doesn’t appear to be the sharpest tool in the box when that’s the kind of gem he’s coming out with during interviews!

No stranger to controversy, Rad was also embroiled in a sexual harassment scandal and ensuing lawsuit back in 2014 when one of the company’s founding members, Vice President of Marketing Whitney Wolfe Herd alleged that Rad had stood by when Chief Marketing Officer Justin Mateen called her a “slut” and a “whore”.

The scandal resulted in Rad’s demotion but was that enough and what does it say about the moral values of Match Company?

Will Tinder’s latest scheme result in users participating in the simple exchange of gifts which enhance their user experience or will it result in questionable kickbacks?

The Australian rollout will no-doubt give some indication but it won’t be until the coin is released on a global scale will we see the real effects.