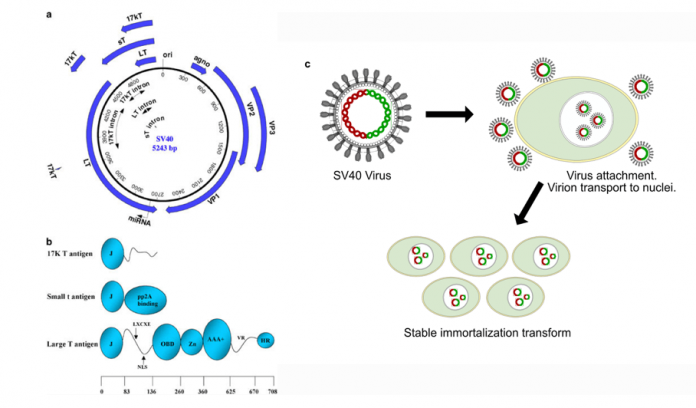 An immortalized cell line is a cell that has been manipulated to proliferate indefinitely. These cell lines are derived from sources that chromosomal mutations like tumors. Scientists can transfer a small portion of these cells into new dishes for continued proliferation.

The Advantages of Immortalized Cell Lines

There are many advantages to these cell lines. These cell lines are well characterized and are genetically identical populations. This helps with consistent results. In addition, their fast growth allows for the extraction of big amounts of proteins for biochemical assays. It’s also possible to make cell lines that express a particular gene of interest. These cell lines can be used to study the properties of neurons. Scientists use these cell lines to study processes that happened during neuron differentiation, such as growth and axon selection.

The Disadvantages of Immortalized Cell Lines

The biggest disadvantage of using immortalized cells is that they cannot be looked at as normal. That’s because they divide indefinitely and also express unique gene patterns that are not found in other cells. That being said, they may not have the functions or attributes of a normal cell. Plus, after several passages, its characteristics can change. It’s important not to use immortalized cells that have had too many passages.

The Importance of Immortalized Cell Lines in Biomedical Research

Scientists have identified many ways to transform primary tissues from human beings and animals into immortalized cell lines. These cell lines can be adapted from everything from virus propagation to protein production. Both nonprofit repositories and lab supply vendors carry these lines. Although induced pluripotent stem cells and embryonic stem cells are the center of the media, it’s the cell lines that make the backbone of biomedical research.

Even though there are a lot of cell lines, researchers and scientists find the current selection inadequate. When the inclusion of body disease in snakes was attempted, researchers had to work with veterinarians and snake owners to perform metagenomic sequencing in order to grow the virus. The plates were incubated and only one cell was varied. Using a scalpel, the tissues were sliced and put in trypsin overnight. After multiple passages, new lines were propagated. Using this process, scientists were able to develop new arenavirus tests and use them on snakes. This work showed a strong correlation between the IBD and the infection.

A lot of money is needed for this type of research and typically the federal government provides it. There are also Institutes like the Coriell Institute that receives a lot of federal funding. This institute maintains thousands of samples that range from cells from patients with genetic diseases and umbilical cord blood. In addition to these types of institutes, repositories are also creating new immortalized cell lines.

Without a doubt, the immortalized cell line is very important in the study and cure of many diseases. Thank goodness for science.